Yes, we love beer too, especially this one.  A dark, warming brew, burnt sugars and roasted malts compliment the premium Maris Otter barley, supplanting the light bitterness of aroma hops. With hints of dried fruit and dates, this rich ale has been likened to the oak: steadfast throughout the year, regardless of the season.  It was Harvey’s first beer to win a National Award in 1952 and has won many other accolades since, including World’s Best Mild at the World Beer Awards in 2015.  Shown here in bottle but much better on draught.  Avaialble at Harvey’s pubs for around £4 a pint. 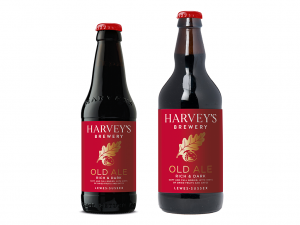